On a mission to explore the South West further, Rosie Paterson travels to Three Mile Beach at the end of the North Cornish coast.

When my parents bought a house on the south coast of Devon I was slightly outraged. I had spent my childhood summers in Polzeath, North Cornwall (I know, I know, very unoriginal), and this move felt like a very sudden and monumental change of allegiance, county and coast.

Fast forward a decade and I’m out there more than I’m out. At one point, it looked like I might have to be forcibly evicted from the house – I had lived there for the duration of successive closings and had started rearranging the kitchen cupboards to my liking.

The problem with falling head over heels in love with somewhere, or even someone, is that you rarely stop to think about what else might be out there. And, as a result, I hadn’t seen much else in Devon in recent years and not much more in Cornwall. I just assumed I had it better.

Now I’m on a mission to explore the South West, to fill in any missing gaps, starting with the stretch of coast stretching west between Padstow and St Ives. I checked off Perranporth, Mawgan Porth and St Agnes. And so on on Gwithian…

Gwithian is similar in composition to St Agnes: a pretty village with a lively pub set back from the beach, and a more modern, purpose-built maritime hamlet on the water. Oh, that water. At low tide, Gwithian Beach is a breathtaking three miles long; at high tide, as the water rushes to meet the land, the coastline becomes a collection of small stretches of sand, coves and rocky headlands – each worth exploring. 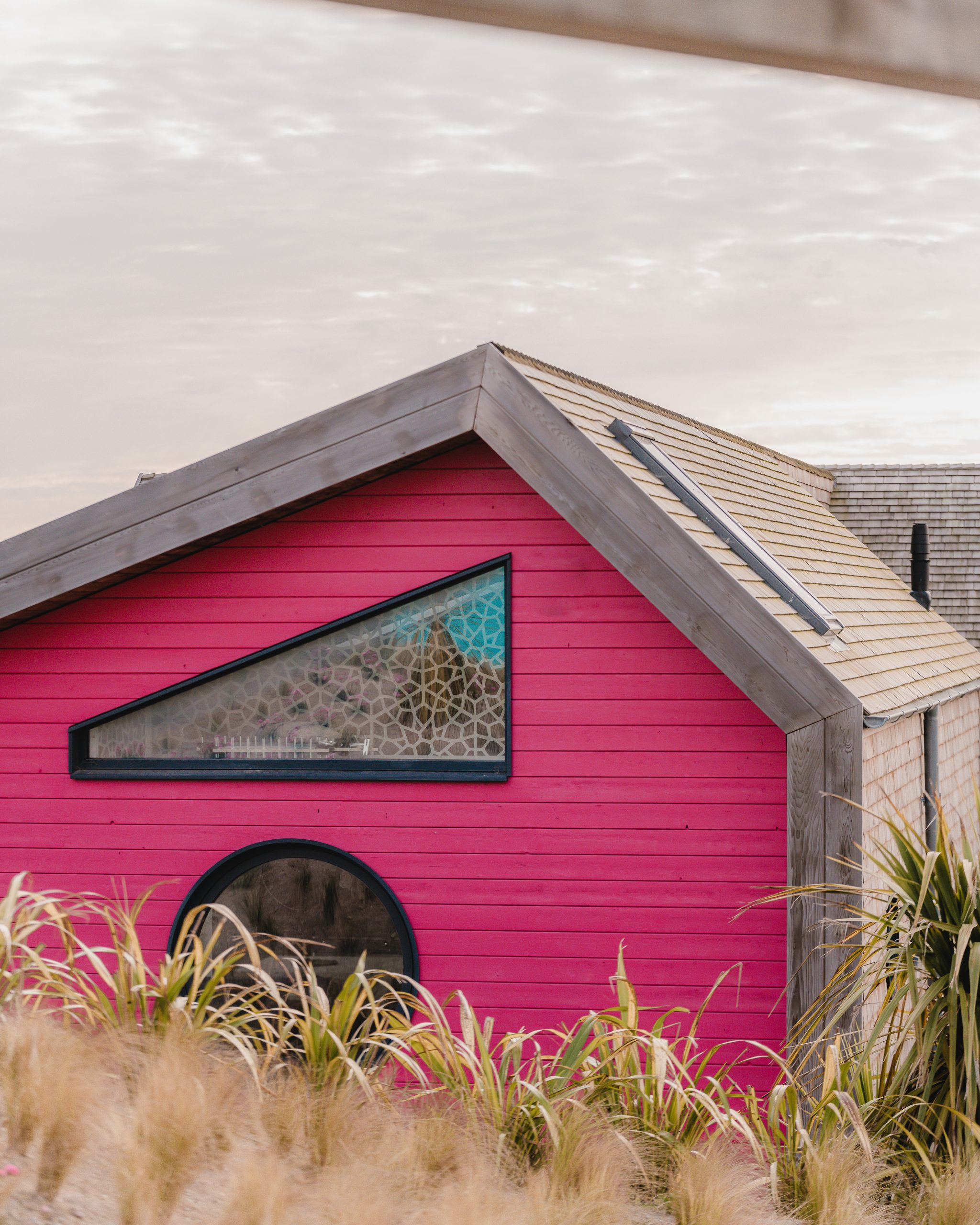 Towards the eastern end of the beach is Three Mile Beach, a collection of 15 brightly colored wooden beach houses, celebrating its first anniversary and its first season free from the clutches of Covid. From afar, the houses look like a handful of iced cookies, one bright pink, its neighbor purple, the other turquoise. Up close and inside, each is like the ultimate surf shack whether you surf or not (there’s a surf school stationed at the entrance if you fancy a lesson and unlike other beaches nearby popular surf breaks – like Polzeath and Newquay, all of which funnel you through a narrow column of water – here there are several wide breaks to choose from). 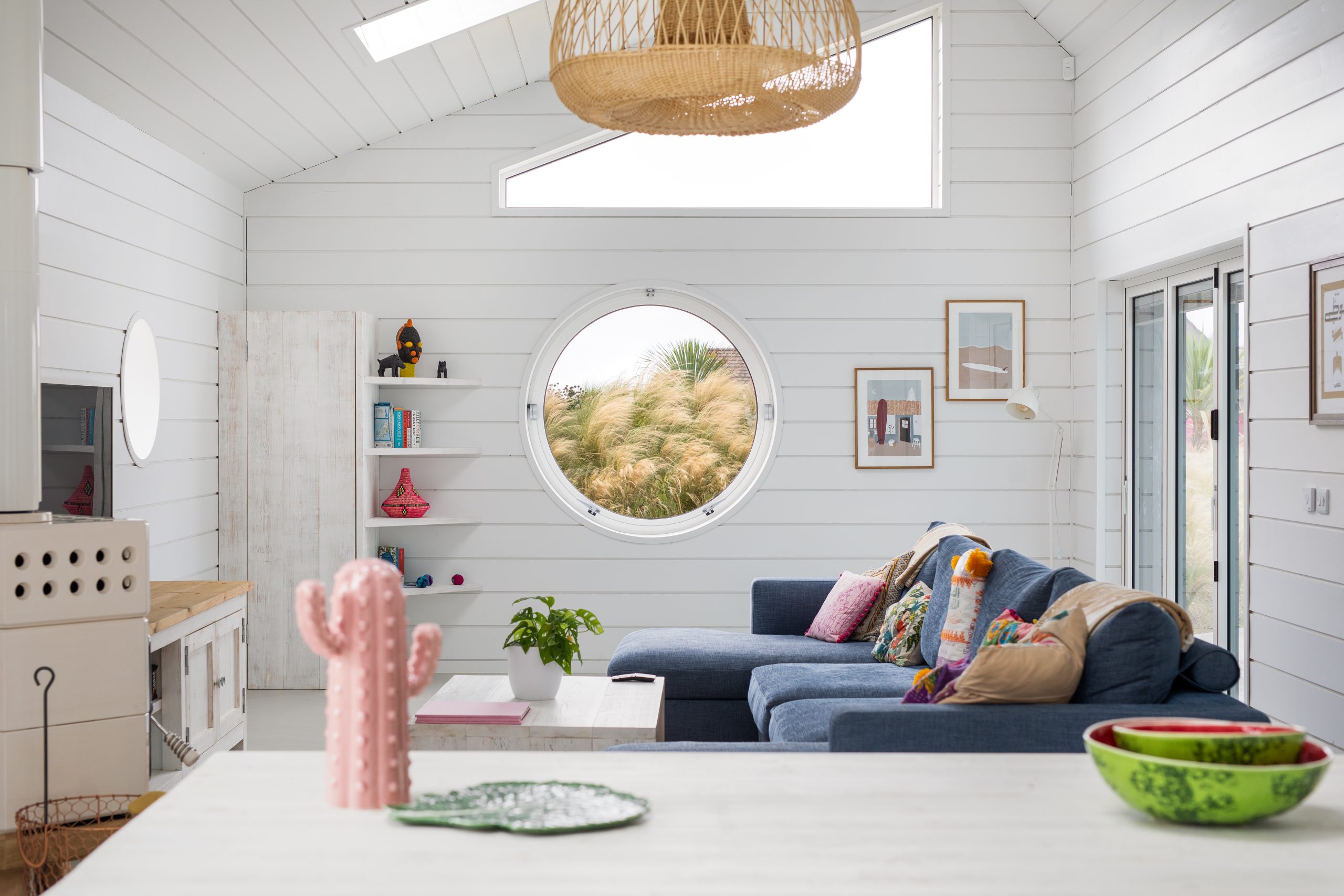 Retro surfboards hang from the tongue-and-groove walls of the open kitchen, and some of the bedrooms have a separate sleeping area on a mezzanine, under a sloping roof, for children and young adults. Open kitchens are pre-stocked with welcome baskets, Camel Valley sparkling wine and plenty of scones; the living room has many board games for rainy days.

In the days leading up to my trip, the weather was shaping up to be decidedly miserable (read: English), so it was with open arms that I welcomed the sun which came out as I raced down the A303 at full speed in the DS 7 Crossback E-Tense (available to buy now for fall delivery) and only disappeared after I left.

I was with a friend and as we were leaving central London, the DS 7 still in zero emissions mode, we argued over the interior of the car — I was over the detail of the diamond pattern on the steering wheel leather, the seats and the gear stick, she was less convinced, but we both agreed that it was a speed bump job – and creaked with every gas station that passed, prices getting closer to the £2 bar. And then the realization that this is the dream car for people who travel between town and country on a regular basis. The car switched to hybrid mode as we reached the outskirts of town and active sport – which allows the full power of the petrol engine and both electric motors to run simultaneously – on longer stretches of motorway. You can travel up to 40 miles in zero emissions mode – perfect for zipping around London – and it only takes around two hours to charge from a wall terminal (regenerative braking means you can also transfer the energy created when you apply the brakes into electricity). We survived the 700 mile round trip with still spare change.

And that change has proved useful in St Erth, which is home to a park and ride service to St Ives, 10km from Three Mile Beach, via the St Ives Bay train line. “Less than £5 for two return trips?” we whispered in disbelief to anyone who would listen. “You can’t even walk out your front door in London for less than double that.”

We cruised through Carbis Bay, delightfully freed from the clutches of the G7 summit and marshmallow-roasting politicians, children paddling its shallow, surfless waters, arriving at St Ives station minutes later, a short walk from the harbor . In town, we picked up heathered socks from Japanese brand Anonymous Ism at lifestyle store Academy & Co and soft, durable throws from Atlantic Blankets. And at Porthmeor Beach, below the Tate St Ives, we watched a wedding party take their photos in front of the water. 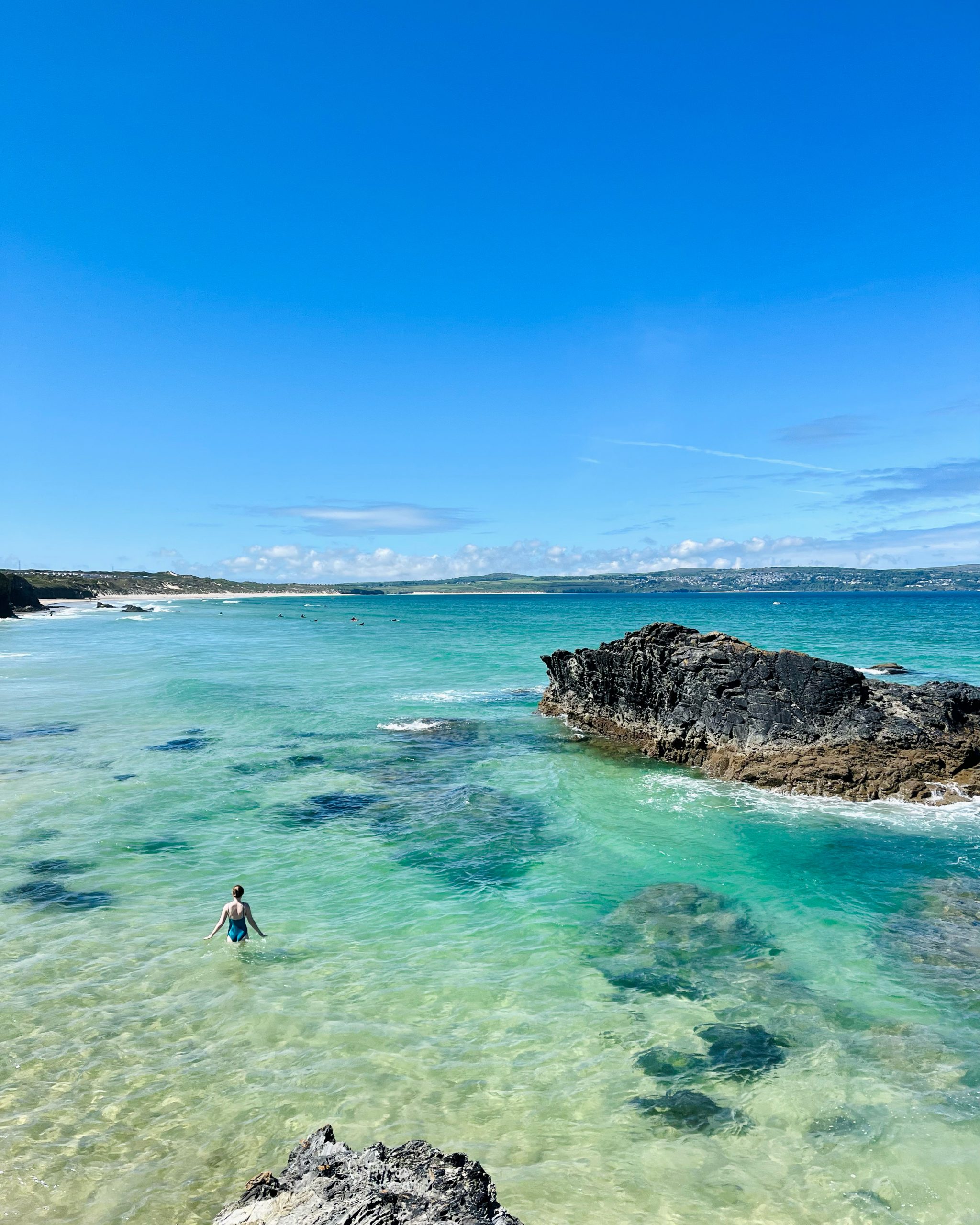 There’s no need to leave the immediate limits of Gwithian, however: Godrevy Head – where sleeping seals like to congregate – is a 30-minute walk down the beach through the dunes and past the Jam Pot tea room (take a pasty) and Hungry Horsebox Co (take a rocky road…or three). On the way back, high tide was rapidly approaching and the sea had turned to that kind of legendary glassy blue that you only see in other people’s photographs and assume must have been heavily altered. We found a swimming spot, right next to the rocks, next to the lifeguard hut. 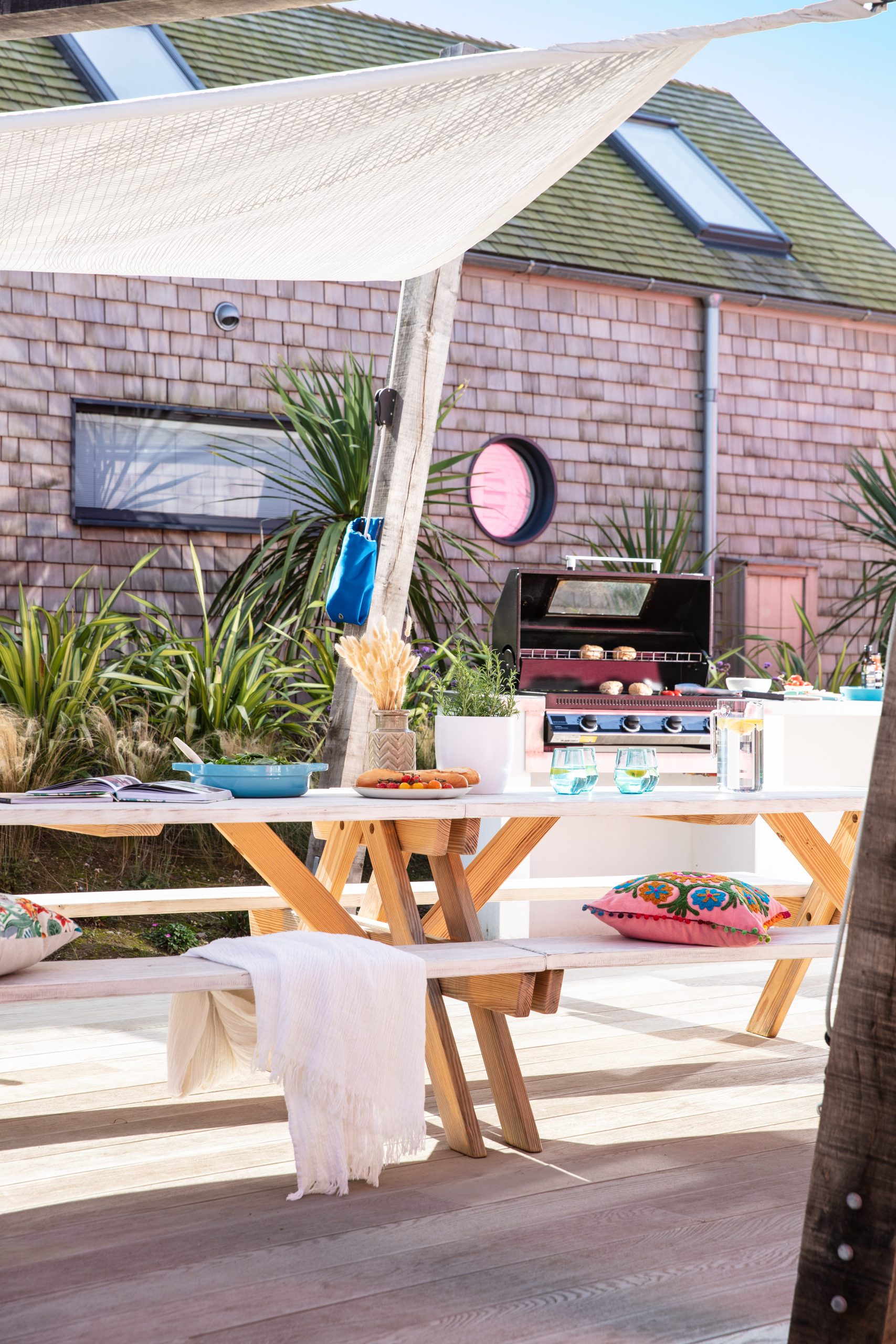 Back home, I sat on the deck, framed by light herbs and tufts of pink campion, trying to get to grips with the Ooni pizza oven, while Ellen tried the sunken cedar wood hot tub (there’s also a barrel sauna, a board stand surf, an outdoor shower and a barbecue). If you don’t feel like cooking, there’s an outdoor restaurant on-site that serves a Sunday roast and delicious cocktails. Already sated with everything we had sucked in during our walk, we could only laugh when, thanks to a little misunderstanding, twelve fresh pizza bases showed up at the door instead of two.

From £4,500 per week in summer for a three bedroom beach house