In the latest part of our series, midday shines the spotlight on creeping encroachments on the side of the coast where island meets suburb

A house facing the sea is not a distant dream in Mahim. One can rent a hut with stunning views of the Bandra-Worli Sea Link for R8,000-R10,000 per month. As city officials turn a blind eye to violations despite repeated complaints, 20 to 25 shacks have popped up on the waterfront, residents said. Supported by bamboo, these beach houses, which can collapse at any time, house 100 to 150 people.

Vigilant citizens of the neighborhood said that people having their houses near the shore extended the structures towards the sea. Mahim has a wide shore which shares it with the reclamation of Bandra and Dadar and parts of it are now encroached, they said. Midday interviewed a man living in an illegal hut about the risks the structures face due to high tide.

Read also: Bombay: Facing the sea, it’s over, illegal houses end up in the water 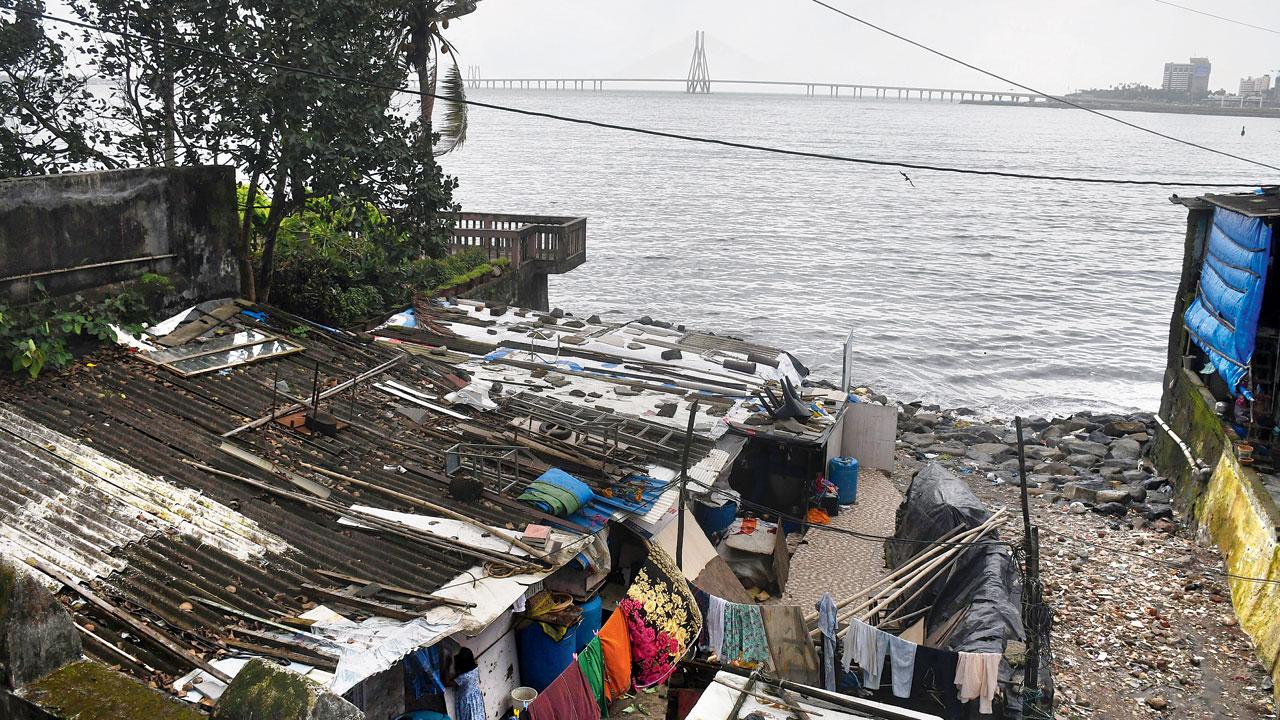 The huts that have sprung up on Mahim beach. Photos/Ashish Raje

“We are legal residents, we have lived here for 15 to 20 years. At high tide, the water goes down below our houses, but it’s only a few hours a day, it doesn’t last long. The houses are solidly built and are as good as cement structures. It won’t fall,” he said with a smile.

For residents of Mahim, the growing slums have become a threat, prompting them to file complaints with the BMC and the Collector. The illegal structures are also a new law and order challenge for the Mahim police who must constantly keep an eye on the shore.

“Every other day, locals call us for scuffles or fights involving slum dwellers on the beach. It has become a nuisance. Some even use ganja. We have a mandatory night patrol on the beach to avoid any untoward incident,” a policeman said on condition of anonymity. 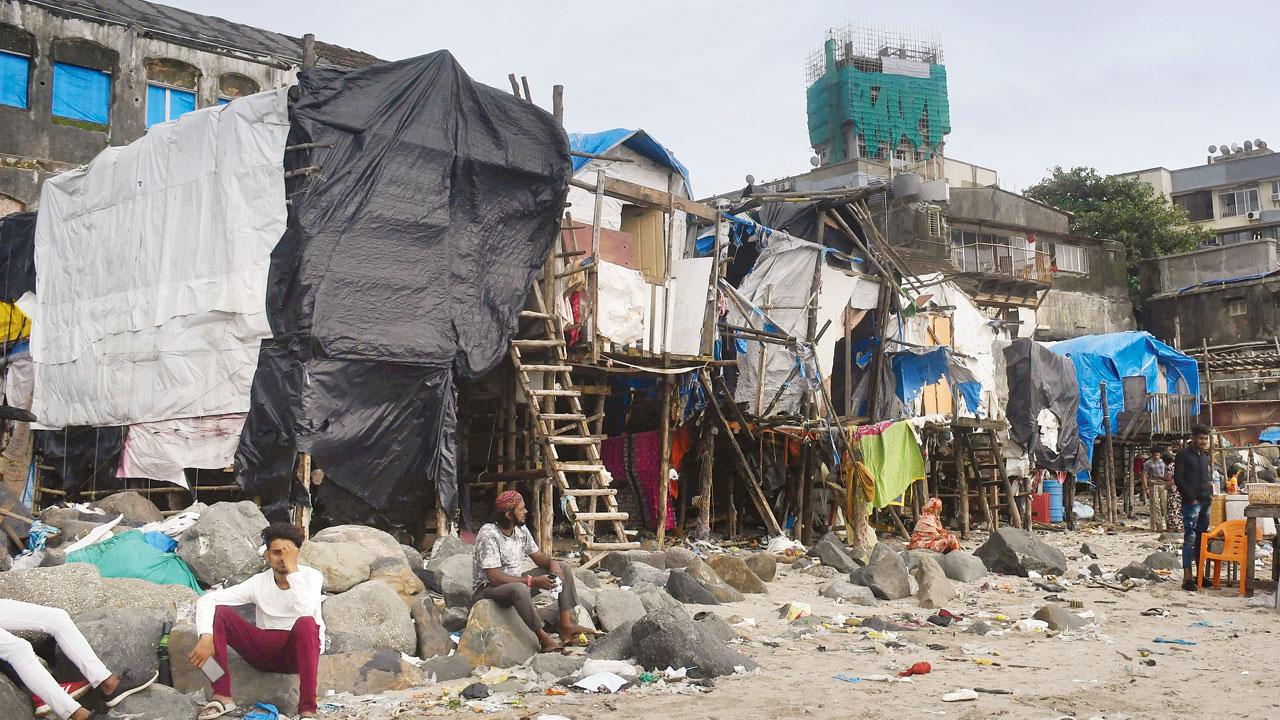 Abdulla Khan, a Mahim resident for 35 years, is disturbed by the brazen encroachment. “My house is located at one end of the seaside. Eight years ago, a shack settled near my house, then it became two and now there are four shacks. I had written to BMC officials when the first one appeared. They tore down the structure, but it came back and was never removed. I kept writing about this threat but no one bothered to pay attention. Now several shacks have popped up on the beach. These residents sell snacks, which adds to the litter problem on the beach,” he said.

Another resident of Mahim shed more light on the illegality. “They are all criminals who are into drugs. The Narcotics Control Bureau had also raided the shacks and recovered drugs there. The shacks are even given at rents ranging from Rs 8,000 to Rs 10,000,” he said, asking not to be identified. Salesman Kulfi Santosh Sawant saw the unwanted transformation of famous Mahim Beach.

“I have been selling kulfis on Mahim and Dadar beaches for 20 years. Previously, this beach was clean and without encroachment, people came to sit there with their families and enjoy the setting sun. But now there are huts on the beach. Residents have electrical connections and they get water somehow. We are chased by cops and corporate officials, but the encroachment remains intact, I wonder how,” he said. Despite repeated attempts, Sharad Ughade, deputy municipal commissioner of the G-south district, remained unavailable.